1. agreeable to reason or sound judgment; logical: a reasonable choice for chairman.
2. not exceeding the limit prescribed by reason; not excessive: reasonable terms.
3. moderate, esp. in price; not expensive: The coat was reasonable but not cheap.
4. endowed with reason.
5. capable of rational behavior, decision, etc.

s the commission on “reasonable accommodation” actually endowed with reason, and capable of rational decision?

Are they being intelligent, judicious, wise and equitable?

These are all synonyms or related to the word reasonable. You’ll excuse me for being a bit of a ‘wordsmith” here, but language does enter into this debate in a huge way, and so does it’s usage.

The proposed “Identity Act” of Pauline Marois stipulates that immigrants to Quebec should have a tested proficiency in French in order to be able to enjoy the same civil right to vote, to run for political office, etc. 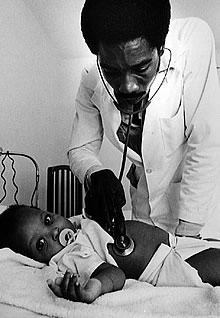 We already know of numerous french speaking immigrants to our province being forced to take jobs way below the level of their competence and salary, purely because they were not “proficient enough” in the language… Witness as well, graduated doctors, nurses and at times teachers who cannot pass the french exam in order to practice. All of whom are in very short supply right now and will need to be replaced as they eventually retire.

Bill 101 from the 1970’s was considered revolutionary in that it sought to francicize the province in order to preserve it’s culture and language. We’ve lived through that and much as it was an upheaval at the time, it’s now considered the status quo that most people speak two languages and some three or more.

Nowadays, the french population of Montreal are largely bilingual themselves, having recognized that to work and live in a global economy, it is a necessary fact.

Imagine the path of an immigrant who chooses to come and live in what, compared to where they are coming from, is a free and democratic society. Most are fleeing civil wars, persecution, imposed religious ideology, and sometimes rape and torture.

One woman, a retired teacher in her sixties that I recently met, has adopted a young woman from Rwanda. The teacher was childless, but had in her heart the goodness to help others in smaller ways when she was still working… She adopted a 22 year old girl from Rwanda, along with her 8 year old daughter and brought them back to Quebec. The little girl, in the teacher’s words “is assimilating very well”. The 22 year old mother is having a bit of a harder time, but goes to classes for french and other subjects in order to try to make something of herself, beyond being an “invitee”. They all go to psychological counseling as the little girl is not aware that she is the product of a gang rape of her mother in Rwanda. For some reason, this lady speaks to me at length and I wish her well and hug her. It’s one thing to adopt a child, it’s another to adopt a family and I have tears in my eyes as she leaves. 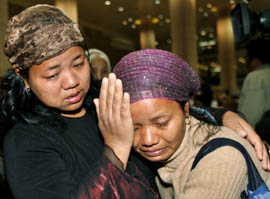 Family has always been the epi-centre of Quebec, from the Catholic church to the extended and blended families that we have become. These people who have chosen to become part of our extended family have often taken a difficult and dangerous path just to get here. One work colleague comes from Africa, via Portugal, Spain and France and landed in North America in New York.

He endured so many hardships to just get here, and now is established with a lovely wife and two great children. They have a house and a car, they both work and the children do well in school. They’re not by any stretch rich, but when he talks to me about swimming from one country to another in Europe in order to get through, I choke up and realize how these people brave all kinds of things to get here.

Here in Quebec, with the now proposed Identity Act, I’m not personally insulted, but I’ve lived here all my life in English and in French. I’m bilingual enough to get through and a french keyboard helps when I’m not. These people who are new arrivals in Quebec perhaps don’t know enough about the system to be outraged, so I’ll do it for them. Pauline Marois who claims to be “inclusive” and willing to discuss any and all points about her proposed Identity bill, has not had the time or perhaps the inclination to learn the English language properly. This from a proposed head of the PQ with the departure of her predecessor, who at least was trying. She is even parodied in the french press as the next “reine du quebec” not speaking a decent word of english beyond mere pleasantries.

Beyond her lack of ability to communicate, even more frightful still, is that she claims that people in Quebec, newcomers especially, be subjected to this test.

Imagine a self-titled head-of-state not being able to speak English? I realize that the UN has simultaneous translation, but it’s highly unlikely and thankfully so that she’ll ever get there. It would be a huge insult to all of us who chose to stay here, to immigrate here and to make this our home.