Karla Homolka leaves Montreal for the sunshine of the Caribbean

Karla Homolka, one of Canada’s most notorious criminals, has pulled up stakes for the Caribbean, according to French-language television network TVA.

Homolka, 36, had served her full 12-year manslaughter sentence for having participated in the rape and murder of two Ontario teenagers with her then-husband, Paul Bernardo, and had hoped to be left in peace. 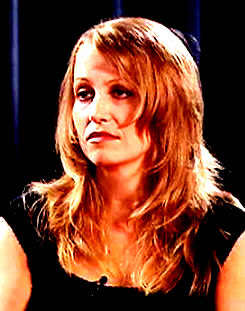 She wanted to stay in Quebec after leaving prison north of Montreal in July 2005, TVA reports.

But in the two years since she left prison, a hardware store owner who had offered her a job turned against her, taking photos of her which he then gave to the media. She fled to Montreal, where reporters from an English network later found her.

For a while after that Homolka, who now goes by the name Leanne Teale, faded from the spotlight – she met a man with whom she had a baby boy last February. Even that happy event was met with controversy when it was reported that nurses at a Montreal hospital had refused to care for Homolka before she gave birth.

While Homolka has largely managed to fly under the radar, and little is known about her life outside prison, she continues to surface periodically in the media – for example, when a Quebec court turned down her request to legally change her name in 2006.

After moving three times since 2005, Homolka was reportedly tired of hiding. Several weeks ago, TVA reported, she decided to move to the Caribbean with her partner and child. TVA said she will try to obtain citizenship in her new country of residence, which wasn’t specified except that it was in the Antilles.

Even though she served her full sentence, and even though 18 psychiatrists have said she doesn’t pose a danger to society, a number of conditions were imposed on Homolka after she left prison. Those were lifted by a Quebec Superior Court judge in December 2005.

Homolka testified against Bernardo as part of a plea bargain sealed before the extent of her participation in the murders was known, and before it was discovered she had a role in the drug-rape death of her own sister, as well as the sexual assault of a teen known as Jane Doe.