HALIFAX – Nova Scotia Justice Minister Cecil Clarke has ordered a ministerial review into the use of Tasers in Nova Scotia after the death of a 45-year-old man (Howard Hyde) at the Nova Scotia Correctional Facility early Thursday morning.

“At the same time, RCMP are being called in to investigate the circumstances of the death at the correctional facility and I understand Halifax Regional Police will also have the RCMP conduct an external investigation into the arrest,” said Clarke.

“I also want to offer my condolences to the family at this difficult time.”

The review will examine Taser practices of authorized users in the province, including law enforcement, prison staff and sheriffs. 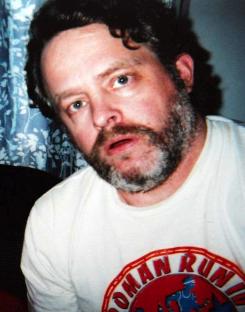 Halifax Regional Police Deputy Chief Tony Burbridge said the man was hit one or two times with a Taser after a “violent” struggle with two police officers and a booking officer at the Central N.S. Correctional Facility in Dartmouth, near Halifax.

The man had been arrested on an assault charge and was being booked into custody when he struggled with the officers and jumped a counter.

He was shot with a Taser in the thigh, but fled the building and was subdued after a second violent struggle, Burbridge said.

“But then he went into medical distress, was taken to hospital where he was cleared and released to police and sent to jail yesterday (Wednesday),” Burbridge said.

He died at the jail some 30 hours after the Taser was used on him.

Police said the man had been shot with a Taser once before in 2005.

Burbridge said Wednesday’s incident was filmed and that the video has been handed over to the RCMP as part of their investigation.

Burbridge said it was “premature” to say if the Taser was linked to the man’s death.

And he said every medical report he has seen on deaths following a Taser incident has shown no factual evidence to link the deaths to the police use of Tasers.

There were reports the man might have been involved in a separate incident after the Taser incident that might have played a role in his death.

Burbridge disputed the reports. He said police have no knowledge of a second incident.

He said police were justified in using the Taser because of the difficulty in restraining the man.

He said mace was not an option indoors where it would have affected the officer wielding it as well as the man.

John Tackaberry, a spokesman with Amnesty International, called the incident “disturbing” because it occurred while the man was in custody.

Tackaberry said Amnesty had already raised “serious concerns,” in a report about the use of Tasers in facilities “when people are already in custody and being restrained.”

Besides the RCMP, the province’s chief medical officer is also investigating the death.

Last Tuesday, the Nova Scotia justice minister issued a statement saying that his department was reinforcing with people who use Tasers on the job the need to be “aware of policies and procedures.

“We have highly trained and skilled law enforcement, correctional workers and sheriffs in our justice system,” Clarke said. “However, given recent events, we are asking that all those authorized to use Tasers review the policies and procedures for safe and proper use.”

The incident is the latest in a series of Taser incidents in recent weeks.

Criticism has been mounting over the use of Tasers by police since the death of Robert Dziekanski on Oct. 14 at Vancouver International Airport. Dziekanski, 40, had been in a secure area of the airport for 10 hours before being hit twice by RCMP officers with a Taser after he became agitated. He died a short time later. Video of the event, which was filmed by a bystander, has been seen around the world. 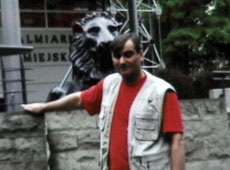 The high-profile case of the Polish immigrant has prompted several investigations including a review called by Public Safety Minister Stockwell Day on the use of Tasers by the RCMP. The assessment is expected by Dec. 12. A report by the Canada Border Services Agency should also be delivered within days that will explain its role in the Dziekanski incident.

The man conducting the independent review of Tasers for Day says one option may be allowing only senior police officers to use the weapons.

Paul Kennedy, the RCMP’s public complaints commissioner, said Wednesday he will look at jurisdictions where police officers who have a rank of sergeant or higher are the only ones allowed to use the Taser.

B.C. RCMP shocked a patient with a Taser at a Prince George hospital last week. Meanwhile, a Chilliwack man was in hospital this week after being subdued by police with a variety of weapons, including Tasers.

Amnesty International considers 17 people to have died in Canada since 2001 after the use of stun-guns by police. Today’s case and that of Claudio Castagnetta, 32, who died in Quebec City on Sept. 20 two days after being Tasered, are also being reviewed.

Taser guns use two barbed darts to deliver a jolt of up to 50,000 volts. They are intended to temporarily paralyze someone by causing muscles to contract uncontrollably.